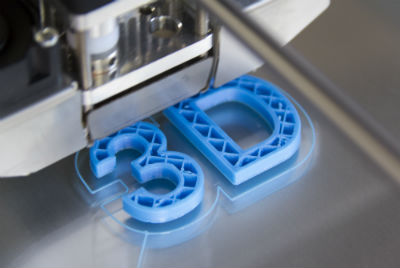 TED Talks are still going strong, just like about 10 years ago. Since the start of these talks there have been lots of innovations, also in the 3D printing Houston industry. This sector has been widely mentioned in the TED Talks, as you can find out in this article.

Anthony Atala’s TED Talk was done in 2011, so since then there have been a lot of developments in 3D printing Austin. However, it is still very interesting to hear an experienced surgeon speak about how additive manufacturing can be used to replace human organs. 3D printing certainly may help to solve the organ-donor problems that we are experiencing in the world at the moment.

In his TED Talk Aaron Chow talks about the possibility to try and re-define our purposes. He discovered this when his experiments kept failing. These experiments were him trying to create prosthetics projects with the help of 3D printing. Aaron changed his goals in a flexible manner. This resulted in some impressive revelations. After watching this TED Talk you will certainly be inspired by Chow.

Joseph Desimone | What if 3D printing was 100x faster?

Joseph Desimone’s TED Talk looks at the amount of time needed to 3D print a piece with the help of a manufacturing method. He uses FDM as an example, which stands for Fused Deposition Modeling. According to Desimone, this technique is too slow while it is also imperfect. He thinks the CLIP 3D printing technology may be the solution to this problem.

Innovation will never stop, which can also be seen in 3D printing. In this TED Talk Avi Reichental explores the possibilities that are given to us by additive manufacturing. Avi tells us that a lot is possible with a 3D printer, it could according to him even be used to change people’s lives.

Lisa Harouni has given a TED Talk for the inexperienced 3D print fanatics. She essentially shows us the basics of this technology, but Harouni also tells us that we should think about what 3D printing is. Without discovering this, we will not be available to understand the potential of it. After all, it is rather impressive that you can use the data of an object to develop an actual product.