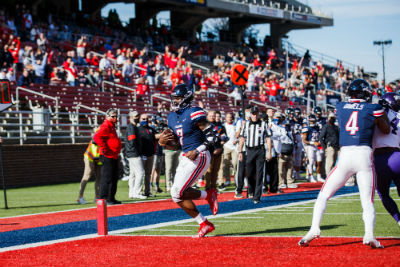 The 22nd-ranked Liberty Flames rolled up a season-high 633 yards of total offense on the way to a 58-14 victory over Western Carolina on Saturday at Williams Stadium.

The Flames (8-0) are off to their best start in program history and extended their winning streak to 10 games, the Flames’ longest since a program-record 11-game winning streak spanning Oct. 20, 2007 through Oct. 11, 2008.

Malik Willis passed for 306 yards on 14-of-19 attempts with three touchdowns passes, while adding a team-high 97 yards rushing and two rushing touchdowns.

Liberty scored on big plays, with six out of the Flames’ touchdowns were scored from 34 or more yards out.

The Flames’ 633 total yards are the fifth most in a single game in program history and were their most in a home game since rolling up 681 yards against Monmouth on Oct. 22, 2016.