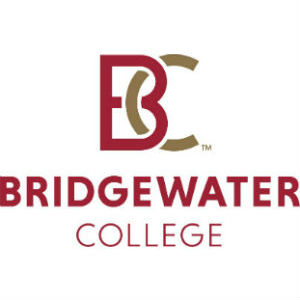 Established in 2016, the Showker Prize is awarded to an interdisciplinary team of Bridgewater College students who best demonstrate leadership, creativity and collaboration in generating a unique solution to a difficult real-world problem.

Four teams began the process last year and, in April, three teams presented their final projects to a panel of alumni judges via websites created by the teams.

The winning team was NetZero Plastics, which sought to tackle plastic waste on campus by planning to build a 10-foot, global-shaped sculpture repurposing plastic waste and raising awareness and promoting a more sustainable lifestyle among the campus community. The team also launched an awareness campaign on social media advocating reusable and/or more environmentally friendly materials.

Alfarra, a first-year computer science and business administration double major, is from Khan Younis, Palastine. Hargrave, a senior philosophy major, is the daughter of Stephanie Hargrave of Greensboro, N.C., and Richard Hargrave of Yorkshire, England. Lee, a senior English and professional writing double major with a communication studies minor, is the daughter of Mai Tran of South Riding, Va. Nguyen, a senior global studies major with English and Spanish minors, is from Hanoi, Vietnam. Quay, a senior communication, technology and culture major with a philosophy minor, is the son of Jeff and Lynn Quay of Bridgewater, Va. The $2,550 prize was split among the team members.​

Due to the unique circumstances of the competition this year because of the coronavirus pandemic, the judges distributed the $5,000 cash prize across all the teams. The winning team received $2,550 and the balance was divided among the other teams.