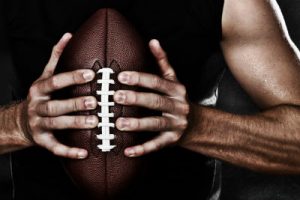 Heading into the 2020 season, the Oklahoma Sooners are riding a streak of five consecutive Big 12 championships. They have owned the league in recent years, especially since Lincoln Riley took over as head coach. But does that guarantee success this season? Let’s take a closer look at the Big 12 ahead of the 2020 college football season. Remember you can always find the most updated college football lines, odds, and spreads at BetQL for every game and every bet type.

The Sooners are breaking in another new quarterback in Spencer Rattler, but everything else is business as usual in Norman. Oklahoma has a powerful offensive line that should jumpstart the running game and make things easy for Rattler, who is already considered one of the Heisman frontrunners. Meanwhile, the OU defense will be just good enough to complement a powerful offense that leaves little doubt that the Sooners are still the team to beat in the Big 12. The people who make college football expert picks are all over Oklahoma this year and it makes a lot of sense.

The Cowboys are one of the most intriguing teams in the country, as they have a serious chance to crash the College Football Playoff if things work out in their favor. Quarterback Spencer Sanders made a good first impression as a freshman last year and will have an elite wide receiver in Tylan Wallace at his disposal. Oklahoma State should also be one of the best rushing teams in the Big 12 behind Chuba Hubbard, who topped 2,000 yards on the ground last year. Of course, it’ll come down to the always-tenuous OSU defense. The Cowboys bring back all 11 starters, but that doesn’t guarantee success given the program’s track record with defense.

The Longhorns were a slight disappointment in 2019, largely because they were young on defense. The talent is undeniable there, so Texas can expect a big improvement if the youngsters who saw the field last year start to grow up. More importantly, senior quarterback Sam Ehlinger is a Heisman dark horse who will ensure Texas has a chance to win every game they play.

Matt Campbell has built Iowa State into a program that can legitimately challenge for a spot in the Big 12 Championship Game this year. Under Campbell, the Cyclones have always had one of the better defenses in the conference. This year, ISU also has one of the Big 12’s best quarterbacks in Brock Purdy. He’s an experienced playmaker who has some quality skill players around him, giving the Cyclones a chance to challenge Oklahoma.

Dave Aranda has big shoes to fill after replacing Matt Rhule as Baylor’s head coach. The Bears also won five games by one score last season, so if a few of those games turn into losses, they’ll struggle to return to the Big 12 Championship Game. On the other hand, Charlie Brewer returns as a steady and experienced quarterback.

After missing a bowl game last year, the Horned Frogs return just seven starters. Gary Patterson has his work cut out for him in what could be another down year for TCU.

Chris Klieman did one of the best coaching jobs in the conference last season. This year, he’ll have a senior quarterback in Skylar Thompson and an experienced offensive line. But the rest of the K-State roster has some holes, making it a challenge to finish with a winning record.

The Mountaineers are still rebuilding after going 5-7 last season. West Virginia rarely relies on its defense, which means they’ll need quarterback Jarret Doege to continue his strong play from late in 2019.

After quarterback Alan Bowman missed most of last season with an injury, the Red Raiders will be thrilled to have him back. But whether Texas Tech can get to the middle of the pack in the Big 12 will depend on Matt Wells continuing to rebuild the defense.

It could be a few more years until Les Miles gets Kansas out of the Big 12 basement. The Jayhawks return just three starters from a terrible defense last season and don’t have an experienced quarterback. It could be another long year in Lawrence.