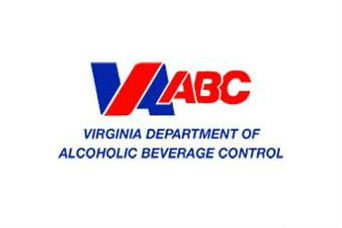 The combined bill modernizes and reforms Virginia ABC’s licenses by reducing the total number by approximately 50%. It reorganizes the licensing sections found in Title 4.1 of the Alcoholic Beverage Control Act to improve service to licensees by defining licenses as either retail, wholesale or manufacturing. The bill further addresses the changing world of alcoholic beverage service by creating a new “marketplace” license, which provides discretion to ABC in issuing specialized on-premises licenses authorizing a licensee to provide limited volumes of wine and beer to customers free of charge. Modest across-the-board license fee increases will address ABC’s continued growth and enable the authority to build on its commitment to support licensees with regulatory guidance from its Bureau of Law Enforcement.

“After several years of creative thinking within ABC and collaboration with various stakeholders, we’re pleased to now have a licensing solution that will provide long-term benefits for everyone,” said Chief Executive Officer Travis Hill. “Over the next year, licensees will see a gradual transition to the new licensing structure, with all amendments becoming effective no later than July 1, 2021.”

The bill provides for a one-year phase-out of existing skill games, with skill games prohibited effective July 1, 2021. Each distributor who issues skill games to Virginia ABC licensees or truck stops would pay a monthly tax of $1,200 for each skill game provided for play during the previous month. Tax revenues would be disbursed among four entities with 2% going to the Problem Gambling Treatment and Support Fund, 2% to ABC for administering the bill’s provisions, 12% to localities in which the skill games are located and 84% to the COVID-19 Relief Fund, created by the bill. Distributors are required to report monthly to ABC the number of skill games provided for play. Distributors are prohibited from increasing the number of machines above the number provided for play as of June 30, 2020, and are prohibited from operating new skill games. Distributors are subject to a civil penalty of up to $50,000 for violations of the bill’s provisions. ABC’s Board of Directors adopted final regulations to implement this legislation on June 11, 2020.

This law permits Virginia ABC to sell alcoholic beverages and restaurants to sell mixed beverages in all counties, cities, towns and supervisors’ districts, unless 10% of the qualified voters in those jurisdictions petition the circuit court asking that a referendum be held on the question of whether the sale of alcoholic beverages by restaurants licensed by ABC should be prohibited within that jurisdiction. Results of previous referenda taken prior to July 1, 2019, will be effective for five years after the date of the referenda, and previous establishments exempt from local mixed beverage referenda will continue licensure.

This law establishes the Virginia Spirits Board within the Virginia Department of Agriculture and Consumer Services. The bill provides for a Virginia Spirits Promotion Fund, which includes research services to improve farming practices related to growing ingredients necessary for distillation in Virginia. The board may also enter into contracts with private and public entities to market, advertise and promote the industry, and engage in revenue generating activities. The Virginia Spirits Board includes gubernatorial appointees and ABC’s Chief Executive Officer.

This law repeals the provision allowing a court to enter an order of interdiction prohibiting the sale of alcoholic beverages to any person who has shown to be a habitual drunkard.