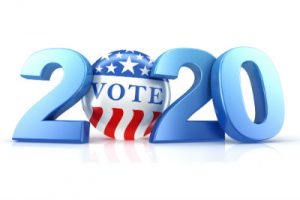 Biden, you may remember, won what turned out to be a not-very-close election by more than 7 million votes and four and a half percentage points over the sitting president, Donald Trump.

That’s not stopping Ted Cruz, Josh Hawley and their band of ne’er-do-wells from issuing a dumb joint statement.

“The election of 2020, like the election of 2016, was hard fought and, in many swing states, narrowly decided,” the joint statement said. “The 2020 election, however, featured unprecedented allegations of voter fraud, violations and lax enforcement of election law, and other voting irregularities.”

“Whether or not our elected officials or journalists believe it, that deep distrust of our democratic processes will not magically disappear. It should concern us all. And it poses an ongoing threat to the legitimacy of any subsequent administrations.

“Accordingly, we intend to vote on January 6 to reject the electors from disputed states as not ‘regularly given’ and ‘lawfully certified,'” the senators wrote, demanding the completion of an “emergency 10-day audit.”

“Multiple courts and state legislatures have found that there is no evidence to support allegations of substantial fraud in the 2020 election. Continued efforts on the part of so many Republican senators to enable the undemocratic temper tantrum of a decisively defeated president only serve to undermine faith in the security and sanctity of our elections and represent everything our country’s Founders warned against. I urge my colleagues in the strongest possible terms to reconsider the likely consequences of their actions, for I fear they will do damage to our democracy and our global credibility that cannot be easily repaired.”

We also got this response from Vermont Sen. Bernie Sanders:

“The outcome of the 2020 election is not in doubt. Let’s be clear: Joe Biden resoundingly won the popular vote by more than 7 million votes, and he won an Electoral College margin that Trump called a ‘landslide’ in 2016. On January 6, the House and Senate will ratify the results of the Electoral College, as has been done for 231 years.

“From the beginning of his campaign for president, Donald Trump has shown a profound disrespect for the institutions of democracy. It is pathetic that 13 of my colleagues in the Senate and 140 members of the House of Representatives are now demonstrating a similar disdain for the American people by engaging in a dead-end, unconstitutional effort to overturn the will of voters.

“Every state, including those with Republican Governors, Secretaries of State and legislatures have certified the results of this election.

“In the two months since the election, more than 80 judges, including some who were appointed by the President, have rejected Donald Trump and his allies’ attempts to overturn the election. There are no cases pending that will have any impact on the results. There have been numerous recounts, audits and verifications, including in the most closely contested states. Donald Trump’s Department of Homeland Security even called this ‘the most secure election in American history.’

“What all of this comes down to is that Donald Trump and right wing extremists are refusing to accept the will of the people and the fact that Trump lost the election.  In their contempt for democracy, they are using lies and conspiracy theories about ‘voter fraud’ in an attempt to overturn the election results.

“It will not work. Joe Biden will be President at noon on January 20. This spectacle by Republican lawmakers only demonstrates their disdain for voters, democracy and the will of the American people.”