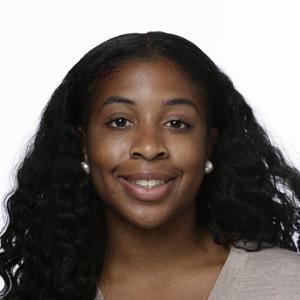 The graduation ceremony will be held at 11:00 a.m. at the Conway Convocation Center on the School’s Belfield Campus (799 Faulconer Drive). Seating will be limited to graduates and their guests.

Ms. Perry, a 2004 graduate of the School and member of the School’s Alumni Association Board, currently works for the WNBA with a primary focus on scouting top college prospects in preparation for the WNBA draft and managing player appearances for all league events. Ms. Perry can also be found in front of the camera as a basketball color analyst, covering games on CBS Sports Network, A-10 Network, and NEC Front Row.

“Megan Hughes Perry is an example of the kind of personal, educational, and professional success we hope for in all of our graduates, and her love for the School and the connections she maintains to her alma mater and local community are an inspiration to all,” said David Lourie, head of school.

“The ways in which Megan gives back to her community and treasures her family and friends is truly a personification of the values of the School.”

Prior to joining the WNBA, Ms. Perry led a successful career playing Division I Basketball at Cornell University. She helped lead her team to the 2008 NCAA Tournament and Ivy League Championship, the same year in which she earned a degree in Marketing Strategy and Management.

“Megan Hughes Perry is directly and literally the reason I coach,” said Phil Stinnie, Perry’s basketball coach during her time at the School and current dean of student life, director of diversity and community outreach, and Girls’ Varsity Basketball head coach.

“I met Megan when she was working out by herself. She was playing with an AAU team she wasn’t happy with, so I put together a team for her. I attribute everything I do in coaching to her.”

In the two years Perry played for the School, her junior and senior years, the basketball team racked up a 48-6 record. She was captain both years, and led the team to two League of Independent Schools (LIS) championships, a state championship, and a state semi-final.

“At St. Anne’s-Belfield I discovered my appetite for the pursuit of excellence,” said Ms. Perry. “It is this hunger that has helped propel me forward in my professional journey. I was blessed with an exceptional network of teachers, coaches, and advisors to help fuel my drive. For that, I am grateful, and St. Anne’s-Belfield will forever hold a special place in my heart.”

In addition to Ms. Perry’s speech and the conferral of diplomas, the graduation ceremony will include the presentation of five awards and prizes: