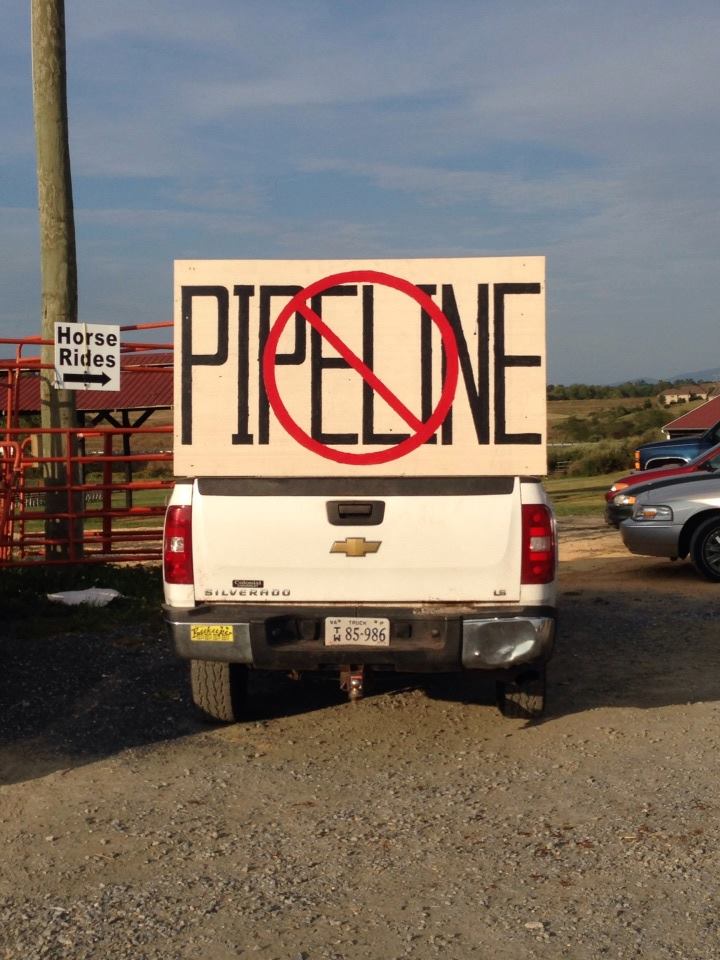 In response to Dominion and Atlantic Coast Pipeline LLC’s latest effort to expedite surveys on hundreds of properties in Nelson County, Nelson County residents are taking the offensive.

Friends of Nelson continues to organize landowners in opposition to these illegal surveys.  And another lawsuit targeting Dominion could be on the horizon.

“Dominion has failed to give the required 15 days notice before entry,” said Joanna Salidis, property owner and President of Friends of Nelson.  “Dominion is taking a heavy-handed approach by bullying residents into allowing surveys by announcing they will begin surveys in less than one week.”

Further, the letters came from Atlantic Coast Pipeline, LLC., a foreign limited liability company from Delaware that has registered to do business in Virginia only as a foreign limited liability company.  It is not a Virginia public service company under the regulation of the State Corporation Commission according to the most current list of Virginia public service companies the State Corporation Commission maintains.  Therefore, ACP LLC’s right to access property without permission at all is highly questionable.

“It is hard to imagine that the Right-to-Trespass statute, Virginia Code Section 56-49.01, which is in the Title 56 of the Code dealing exclusively with Virginia public service corporations, would give a statutory defense against an owner’s trespass charges to a foreign limited liability company when it is not regulated as a Virginia pubic service company,” says Henry Howell III, an eminent domain attorney representing some property owners on the proposed route in Nelson against ACP LLC’s suits against them to gain access for surveying.  “In my opinion, the Right-to-Trespass statute should be interpreted to apply to interstate gas transmission companies which are also Virginia regulated public service companies.”

The constitutionality of the statute that allows gas companies to access properties to survey without permission (Virginia Code Section 56-49.01) is yet another issue.  Two suits have been filed and are awaiting rulings.  Dominion’s aggressive tactics are an attempt to obtain surveys before these rulings have been rendered.

“Dominion is randomly violating personal property rights and usurping individuals rights to privacy,” said Ernie Reed, of Friends of Nelson.   “Virginia landowners are just so much collateral damage in their business plan to export natural gas to the highest foreign bidders.”

“Dominion’s business plan is obviously to maximize the use of eminent domain to grab landrights to build their pipeline, “ said Salidis.  “First they buy our legislators, then they take our land to add to their portfolios, then they sell America’s natural resources to the highest bidder as quickly as they can.”

“This is Dominion’s vision of the American way,” Reed concluded. “It has fallen to the citizens of Nelson County to see that they are stopped.”

Update: Response from Dominion “We regret the clerical error made in the Feb. 23, 2015 letter mailed to landowners located in the study corridor of potential alternative routes for the proposed Atlantic Coast Pipeline in Nelson, Augusta and Buckingham counties.

“In the letter, we said that “Dominion plans to begin studies along the newly developed route alternatives on or about March 2, 2015.” The date to begin studies should have been “March 12, 2015.”

“We apologize for this error and will not be surveying in Virginia on March 2. By the state statute, Dominion will restart the process and soon will be mailing a new round of letters to the same landowners.

“It has always been our intent to follow the letter and spirit of the law, including the process for gaining survey access.

“We take full responsibility for what happened and will take steps to ensure it does not happen again.”