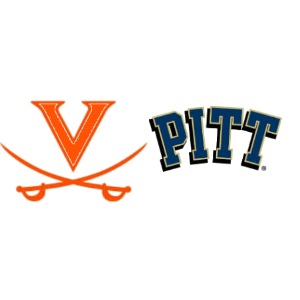 The win was the third in a row for Virginia (21-9, 11-7 ACC) heading into the ACC Tournament next week in Brooklyn.

This one was a study in contrasts to the first matchup of the season between the two, won by Pitt, 88-76 in overtime, in a game in which the Panthers were 13-of-21 from three-point range.

Pitt (15-6, 4-14 ACC) didn’t score its first bucket from the field until the 8:59 mark of the first half, struggling with limited minutes to the high-scoring duo of Jamel Artis and Michael Young, who were pulled from the starting lineup after arriving late for the team’s breakfast Saturday morning.

They didn’t enter the game until the 9:54 mark with the Panthers already down 19-2. The margin stayed at 17 at the half, with UVA up 32-15, and the game got no closer than that difference the rest of the way.

London Perrantes, in his final home game at the John Paul Jones Arena, finished with 22 points on 8-of-12 shooting, 4-of-6 from three-point range, and he made his final two shots from the field in JPJ, both threes from the left wing.

Virginia was 57-7 at JPJ in Perrantes’ four seasons in Charlottesville.